If you prefer, here’s a transcript of her interview, though you’ll miss out on plenty of photos and video of her in action. And of course her lilting Irish accent.

I started with my modelling when I was 14 years old. I answered a search for a supermodel competition, and I ended up winning it.

I moved to London when I was 18 after I finished school, and I got signed with an agency in London.

Agents have been pretty good so far for my modelling career. Definitely when I travelled around in Barcelona and Turkey.

I was doing mostly catwalk modelling, and also some commercial stuff. Lots of jeans stuff in Istanbul actually.

I love working with new designers, stuff that’s really different, not your average stuff. Where you can get into character, really unique stuff – haute couture.

What makes for a good model?

What paid off for me was getting into the right frame of mind when it comes to modelling. I’m quite easy to work with, which I’ve been told makes for a good model (I”m definitely not a diva!). It’s so uch more than looks, you really have to have a desire and passion to do it. You have to commit yourself 100% and don’t flake, otherwise people won’t work with you. You have to be reliable, that’s the best advice I can give someone.

My advice for new models is to make sure you want to get into it for the long haul, that it’s not just a fad.

It’s really hard going, and you’ll get a lot of knocks, and you’ll have to be able to bounce back and realise that you might not have got that job, but that doesn’t mean you’re a bad model. You might get the next job, you may be exactly what the next person is looking for, so don’t give up, because you can give up so easy.

Have good friends and family around that will support you, because it is quite a tough industry.

The benefits of having an agency is that they’re employed to find you work, so it’s in their best interests to find you work, because you’re working together, you’re not working for them. Some agencies tend to forget that you’re a team. You’re constantly getting pushed and put forward for jobs, and you’ve got someone looking after your back.
The plus of doing freelance work is that all the money goes to you, there’s no commission taken by an agency; and you can pick and choose exactly what you want to do, whatever you’re comfortable doing, you can lay down the rules – you have more freedom.

I don’t know if you could survive 100% on just freelance, because it’s so touch and go – you might have 3 jobs in one week, and then no jobs for 6 months, because there’s no guarantees – it’s tough. My advice to new models is try to get at least one agency, in whatever country you’re in. When you travel, you can apply to other agencies, or you can be put into placement (which is what I did, I was placed in Istanbul and Bahrain for a couple of months at a time), through an agency as well. You need the agency to back you up to go on placement, they won’t just take a freelance model. They’ll need to be connected with your mother agency.

I have been quite fortunate in that I haven’t met any dodgy people through my freelance work. It would be very useful to have references and testimonials, so you can talk to other people that have worked with a photographer, so you feel comfortable. I always look for that anyway. So you can check the person isn’t using a fake profile.

Only in high fashion would I see or do nudity. My agencies haven’t been very encouraging with the nude work that I do – I shoot art nudes as a freelancer – the agencies wouldn’t put any of those pictures on their website. Especially in Ireland – Ireland isn’t cool with nudity at all. It’s only when I go abroad that I can use my images – I have different portfolios that I use.

What I’ve achieved so far from modelling has been great – in a couple of years time I hope to still be doing some modelling, but I know there’s a very short life on it – I’ve had a great time, I’ve been doing it for more than 10 years, so it’ll be time to move on. I’m going to do acting courses, get properly trained, so the modelling is a good platform for that, because it’s quite similar to acting, I’m not a shy girl, modelling been’s helpful for that. I’ve done some acting before, mostly student films in London, to build up my showreel. I’m keen to learn more before I do more filmwork.

I love travelling, that’s one of the best things that I’ve got from modelling, being able to travel to different countries.

I was shooting in Barcelona in the desert, that was great fun. It was a fashion shoot for Louise Vuitton.

It’s not as glamorous as it comes across, because a lot of work goes on behind the camera. Backstage at fashion shows you’re getting changed super-fast, there are people pulling at you, telling you what to do, and rushing you on stage. You have to just shut up and suck it all in, and then come out like you’ve been like that the whole time, obviously you haven’t. Also photoshoots can take so long, you can be standing there and have a million people poking at you. What I love about modelling is that I have an interest in the finished product, it’s not just like I’m there to get paid, and then want to go home. I actually to see the images, I know a bit about photography as well. It’s more than just getting paid, I like the whole process as well.

I haven’t done any studies, but I will be doing some studies, I want to teach English as a foreign language, so I’m kind of going backwards – I started with modelling, didn’t have a chance to do my studies, so now I’m going back. 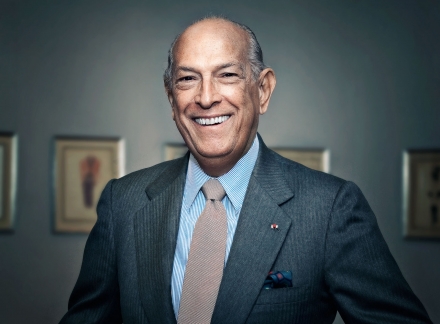 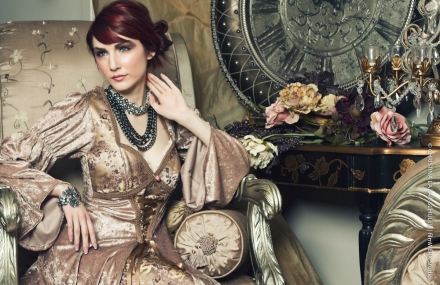 Kaitlin Chapple is a professional freelance model based in Toronto, Canada. Read her latest advice on how to make a good first impression! 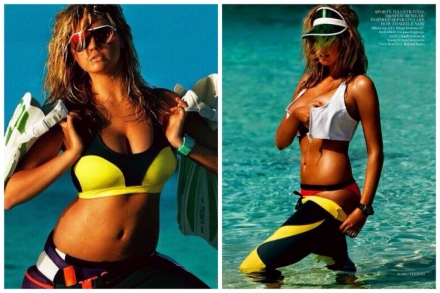 Charli Cohen trained as a fashion designer and as a personal trainer, and with her passion and knowledge of both, has designed a range of fashionable women’s fitness wear that marries cutting-edge technology with luxury and edginess. We spoke with her at London Fashion Week, during her live photoshoot with SleekTechnique ballerinas, at ME London’s… 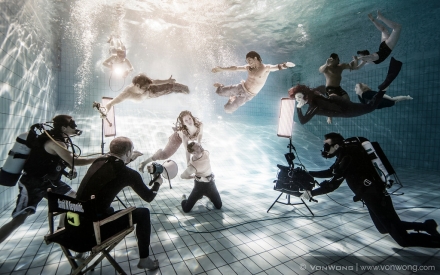 Benjamin Von Wong is known the world over for his epic, hyper-realistic photography. A passionate collaborator, with a belief in sharing his work with others, he is as well known for his behind-the-scenes videos and blogs as for his uniquely brilliant photographs themselves. Notorious for his desire to overcome seeming impossibilities, Benjamin uses his engineering…

Graduate Fashion Week is the world’s leading fashion event for up-and-coming design talent, showcasing the work of more than 1000 talented students and graduates from universities around the world. A stronghold of creativity, Graduate Fashion Week features 22 catwalk shows and 30,000 guests each June. We met three stand-out students from Bath Spa University, who told… 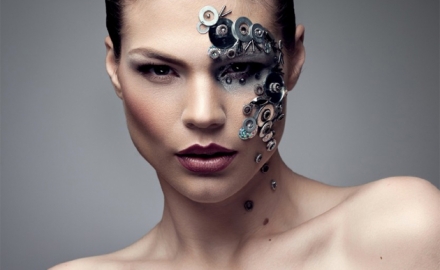 Faye Smith is the owner and lead artist at Faye Smith Make-up & Hair, a Vancouver-based team of highly-skilled and experienced make-up and hair stylists. Faye has been a qualified make-up and hair artist since 2007, bringing her skills from England to Canada in 2008 where she found her passion. 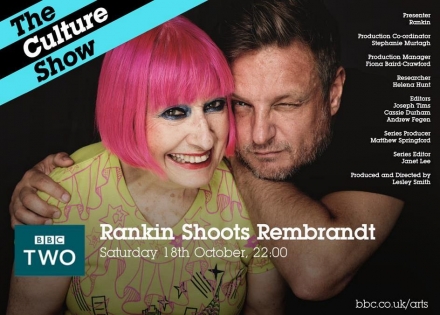 Rankin, arguably the best portrait photographer in the world, re-creates four of Rembrandt’s iconic paintings, giving us a fascinating insight into how he thinks and works.